It has been going on for over half a century and remains popular as ever.

This year we have again had more than 100 entries.

Unlike previous years the entries were split equally among all three categories, and the quality was as high as ever.

What is clear about the scores of entries is the imagination of the writers!

Our under-13 winner Sebastian Tod wrote a heart-warming story about Christmas, family and the power of the season to heal hurt.

Our under-18 winner, Kristy Sanchez tackled some adult themes surrounding the friendship between two boys with a maturity that belied her years.

Once again the adult category was a competitive one, and Sonja Wells-Slawson’s, The Messenger, proved that the standard among the island’s amateur writers is a truly high one.

All in all we are again thankful for those who sent in stories and urge them to do so again next year. Maybe it will be your time to win!

Four years ago it was decided to name the contest after Dr Stanley Ratteray in order to honour his memory.

Dr Ratteray, a dentist by profession and the Island’s first Education Minister under the Westminster political system, had long recognised that encouragement of the arts nourished the roots of Bermudian culture.

A longtime director of Bermuda Press Holdings Ltd, parent company of The Royal Gazette, Dr Ratteray served on this newspaper’s board from 1988 until his death in 2003.

Along with his daughter Aideen Ratteray Pryse — who helped to judge the contest in 2013 and 2014 — Dr Ratteray was also an early driving force behind the Bermuda International Film Festival of which his daughter was once the director.

Dr Ratteray made his debut in Bermudian public life shortly after returning to the Island from Montreal’s McGill University in 1957. As a founding member of The Progressive Group in 1959, he helped to strategise and coordinate the campaign which led to the desegregation of theatres, and other public places. He later joined the Committee for Universal Adult Suffrage which succeeded in achieving the extension of the franchise to all registered voters 21 years and older. He was a political advisor at the first Constitutional Conference in London in 1966 which drafted the Island’s current political and legal framework and helped to found the United Bermuda Party. Appointed to the Legislative Council (now the Senate) after the 1968 general election — the first held under the new two-party political system — Dr Ratteray presided over the desegregation of Bermuda’s public schools as Education Minister. 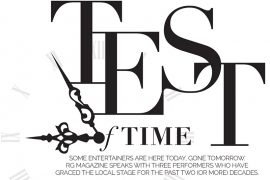 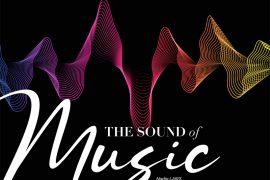 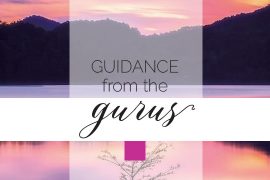 Guidance from the Gurus