Charity and Purpose are a Way of Life

Death is Not the End(2017) is a seemingly modest 88-page book that presents ideas to live by; ideas that promised a state of absolute freedom from the fear of dying. It was one of Eugene Carmichael’s last intriguing life projects before he himself laid to rest not even a year after publishing (April 17, 2018).

I have been exposed to conventional thinking throughout my life, and I have obediently followed the paths of thought of the masses. However, I am a free and independent thinker at heart, so I question a lot, and I am not afraid to explore a path if it draws me. Needless to say, I have run into significant criticisms from time to time. Somewhere along the way, I came across a mantra that states: ‘Dare to be a Leader.’(Hood) It has stayed with me and is a principle guide in my life.” (p. 3)

Eugene Carmichael grew up in Scaur Hill, Sandy’s. He never set out to make a stir, but seemed to be moved by injustice. His first fight was to review the KEMH emergency room procedures in 1982 after the death of his first wife, and beloved Bermudian jazz musician Violeta Carmichael, whowas about to have her career launched in the USA. 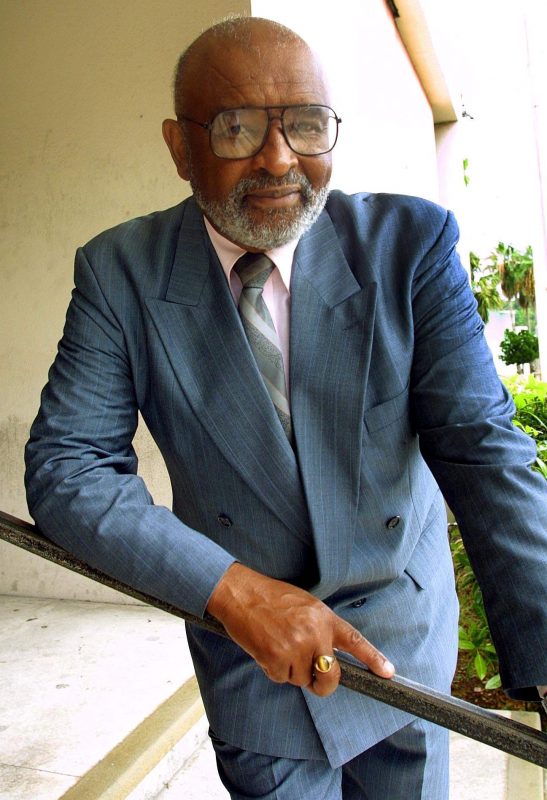 Her unexpected death resulted in other black families coming forward with similar tales about their treatment (or lack thereof) in and by the hospital’s emergency department. The lack of real concern from the Bermuda Government health minister at the time prompted Eugene to call the then head of the World Health Organization and ignite a conversation that would lead to health care reform in Bermuda.

This also spurred Eugene to establish the group HealthWatch – a platform that allowed Bermudians to make sure their needs and views on healthcare were heard and supported.

Shortly after, in 1988, what was originally a “get-fit challenge between a group of friends” eventually became a formalised charity “fun raiser.” As the inadvertent co-founder of what is now one of the most well-supported charities on the island – the Bermuda End-to-End Charitable Trust – Eugene was able to live to watch its full growth. Now the Trust hosts thousands of people annually to walk, run and swim across Bermuda. From its website: “All pledges raised by our participants are distributed amongst that year’s selected charities.”

“The End-to-End committee has now acknowledged Eugene’s contribution by announcing that the three co-founders (Eugene, Anne Mello and Starla Williams) will receive recognition through a park bench dedication along the Railway Trail.

In June of 2018, the award was received by his daughters, Donna Carmichael and Carol Hendrickson, and, thanks to the Department of Parks, the bench has been permanently placed at Barnes’ Corner by the Department.

Though his age could have encouraged him to stay in Bermuda, that same year, a trailblazing Eugene decided to move with his wife, Lorna, and his son, Nathaniel to Valencia, in eastern Spain. Reminiscing on his first experiences touring Europe with the Honda Goldwing Bike Club, Eugene told The Royal Gazetteat the time that he was “the only black man around.” Despite curiosity about his difference, Eugene quickly won the hearts of the Spanish residents of Pedralba, where he settled with his family. His beautiful home had a well-used hammock that looked out on the surrounding fields of Valencia orange trees. 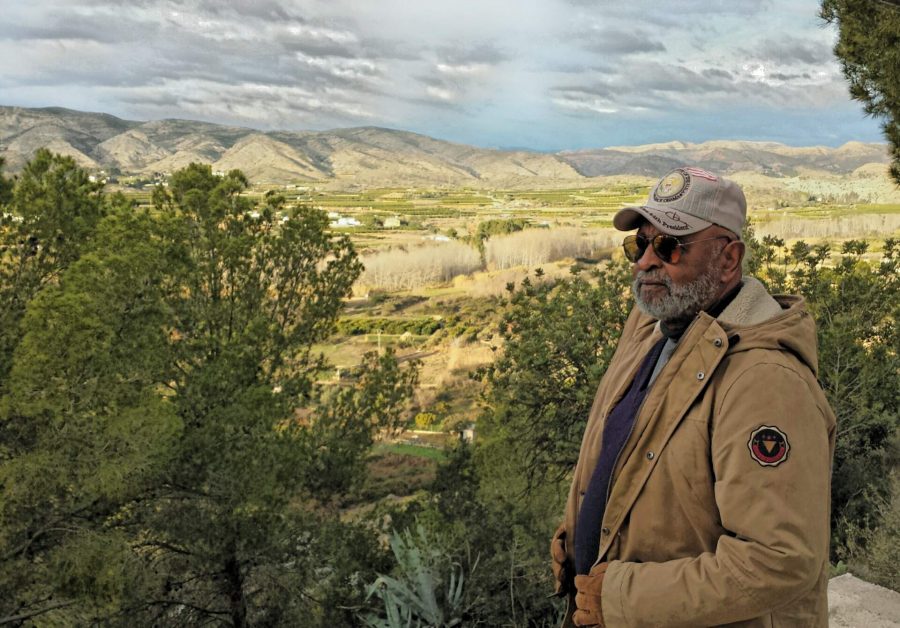 From one small town to another, Eugene continued to givethe best parts of himself to everyone around him.He grew closely involved with the charity Valencia Acoge, which was set up to help move refugees and immigrants to Spain – many young Bermudians among them. He taught extensively about culture, climate and geography, and tried his best with the language.

This service was helped by his membership in the club Toastmasters International, where he constantly worked on his communication, public speaking and leadership skills, and enjoyed mentoring new members. Though away, he was forever invested in his island home, making sure to visit organisations such as The Bermuda Chamber of Commerce and Bermuda Senior’s Islanders’ Centre, among others. “Eugene visited us at the Bermuda Senior Islanders’ Centre and St. Paul’s Christian Education Centre…Eugene was a phenomenal Bermudian, a courteous and wise man with a genuine interest in philanthropy and charitable causes island-wise.” reads a letter to his family.
In 2000, Eugene’s reach went even further when he helped build a school in Gouria, a remote village in the far north of Cameroon, West Africa, as part of a programme called the Malima Project – which is committed to the support of high-quality education, basic health care and other social services in the region. His portrait now hangs in the school’s office.

Death is Not the End

Near the end, he never pretended to understand everything about life, but conducted independent research to find out, at least, the meaning of death. Whether for self-assurance or to be able to continue to guide those closest to him after his time, only someone philanthropically fulfilled at the age of 79 could find the courage to investigate such a deep topic.

Eugene Carmichael was an adventurous spirit, a teacher, a husband and a caring father. In his life, he worked for each community in which he found himself, without regard to race, religion or nationality; and showed that doing what’s right in your heart will always win. He was the connection between Bermuda Cod Fish & potatoes and Paella, and remains a role model for islanders, no matter the age, wanting to break free from the status quo and explore the world outside of Bermuda.