Women’s Day is not only a day to celebrate brave women who have played a role in history, and the process we’ve made so far, it is also a time to reflect on the work we still have to do. These are some of the reasons why this day is so important, and why there is still a lot of progress to be made before we can all enjoy a more equal world.

Women Make 79 Cents For Every Dollar A Man Makes

Despite what skeptics might argue, the gender pay gap is very real, and it’s even worse for women of color. On average, Black women earn 63 cents to every dollar a white man makes, and Latina women, earn only 54 cents. The gap might not seem very large, especially when talking about cents, but when multiplied by hours worked in a week, a month, or a year, it is overwhelming to see how much money we’re talking about. According to the U.S National Women’s Law Center, that is a loss of $10,470 in median earnings every year. Despite having the education, skills, and experience, women often get the shorter end of the stick and even end up making less than their less qualified male peers.

According to the United Nations, an average of 137 women worldwide are killed by a partner or family member every day, and out of the 87,000 women killed in 2017, more than half were killed by intimate partners or family members. As they’ve put it “the home is the most likely place for a woman to be killed”.

Though we are fortunate to live in a country where basic education is accessible to all, there are millions of children, primarily girls, who will never see the inside of a classroom. According to Unesco, there are 21 million primary school age girls out of school, and out of these, 17 million are expected to never enter school. Young girls are not only prohibited to go to school but also persecuted if they attempt to. Malala Yousafzai, a young Pakistani woman, and the youngest Nobel prize laureate was shot in the head by Taliban gunmen at age 15, simply for going to school.

According to UNICEF, 12 million girls under 18 are married each year, and 650 million girls and women alive today, were married as children. Child marriage is a global problem and can be found in regions and cultures all around the world. In the United States, for example, there is no minimum age requirement for marriage in 25 states, and according to Forbes, more than 200,00 minors where married in the U.S between 2000 and 2015. Sadly, girls are being married off before they are allowed to consent or understand the commitment they are entering. These “marriages” often trap them in a cycle of poverty, abuse and make them more likely to drop out of school.

It is hard to eradicate sexism and inequality when they are so deeply rooted in our cultures and traditions, but it’s not impossible. This Women’s Day let’s celebrate womanhood, the women who have fought for the rights we have today, and the progress we’ve made. But let’s also advocate for those in vulnerable situations and those who don’t have a voice, there is still a long way to go.

Alejandra Ottley is a Bermuda-based, 22-year-old writer and digital content creator; a millennial “growing up” in the digital era. She is inquisitive, analytical and passionate about showcasing the uniqueness of Bermudian lifestyle. 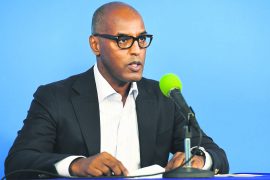 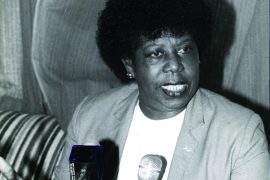