The strategy of game to business

When RG Business approached me to write something on how bridge knowledge could be put to work in a business context, it seemed a daunting assignment. Once I started scribbling, however, I wondered why I hadn’t thought of doing something like this before!

First a bit about bridge – it is multi-dimensional, unlike a number of other mind games where the greatest asset is the ability to crunch hundreds of different options and outcomes and choose the right one. There is some of that in bridge, but there is so much else. 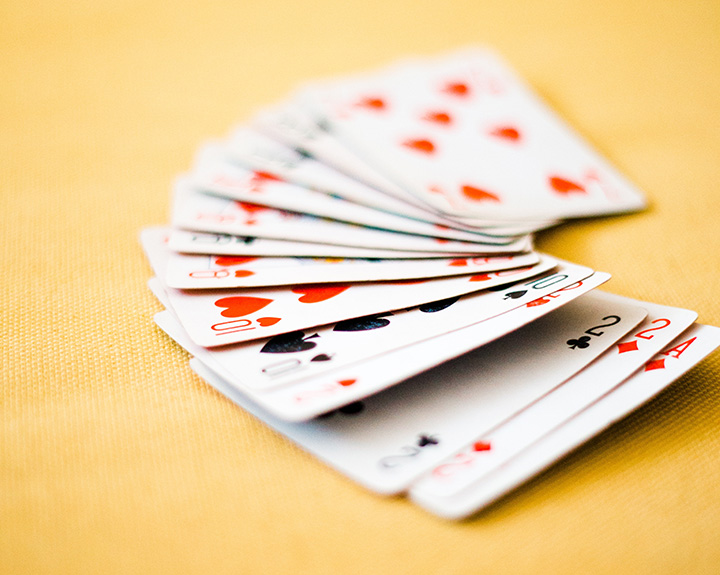 There are already examples of great bridge players who are successful businessmen – the legendary Ira Corn who formed the Dallas Aces, Bob Hamman who was rated the #1 bridge player in the world for a number of years and has a successful business in Dallas, Jimmy Cayne of Bear Stearns and lately, two great businessmen who are yet to become great bridge players – Bill Gates and Warren Buffett who play together online several times a week.

So what follows is my take on the ingredients that produce good results at the table, and in each case I’ll liken it to a company pursuing an acquisition target, and all that goes with that.

Bridge: a good memory for what has gone before, both at the table and from similar situations at previous hands/games. A top player can recognise a situation from decades ago and bring that to solve the current problem.

Business: look at the history of prior due diligence efforts and list the mistakes made that you can avoid this time. Also list what your team did well previously and try to replicate that.

Bridge: preparation – top pairs practise bidding and defence for hours on end, and bidding systems can comprise hundreds of pages of computer printout.

Business: preparation is essential. A well thought-out agenda and timeline and preparation in the office of the roles to be performed by each team member.

Bridge: acceptance of the hierarchy. In my opinion the best bridge pairs contain one player regarded as leader. A meeting of perceived “equals” often leads to a clash of egos and disharmony. Essential to this, however, is that the follower feels respected as a player and a peer. This flows into partnership support and an absence of the “blame game” when things go wrong. Successes and failures must be seen as collective and not individual. Too many great partnerships have dissolved due to this dynamic.

Business: a strong and respected team leader is a must, but he/she needs to know how to get a team working through support, encouragement, respect and engendering a culture of pulling together and taking collective responsibility.

Bridge: ability to read the opponents. In bridge one is not playing against a machine, but against two players one has probably played against multiple times, and knowing their behaviour pattern is crucial. Are they disciplined players, do they tend to make bids to confuse opponents, can their plays and bids be taken at face value? This is often an important factor in the bidding and play of the hand.

Business: you must get to know exactly who is on the other side of the transaction. What is their history, do they display the same traits in all the deals they do, can they be trusted? Without this, the chances are that you will be on the losing end of any negotiation.

Bridge: skill – no amount of learning can obviate the need for skill. The ability to analyse and then execute is essential.

Business: skill – you need a team of dedicated workers but also leaders who have displayed that innate talent for getting it right. Effort counts for a lot, but only if it supports real thinking at the top.

Bridge: flexibility – a good player can change strategy as evidence unfolds at the table. Often a Plan A will turn into a Plan B and even C and the player must be ready for that.

Business: flexibility – the team leader must be ready to shift the agenda/timeline based on what the team sees in the early stages of due diligence. It may become clear very early that the target company has excellent accounting and IT systems but their corporate governance and attention to enterprise risk are lacking. The leader should then be able to move resources from examining bits that are working well and shift them to digging deeper into potential problem areas.

Bridge: knowing when to cut your losses. Quite often it becomes clear very early that a contract is not going to make, and the good player takes his medicine, cuts his losses, and salvages a few points from the hand. The bad player goes on trying to achieve the impossible and almost every time turns a bad situation into a disaster.

Business: this is so important – how do you turn back from climbing the last 500 yards to the mountain top when you know life-threatening conditions are building? How do you give up after months of preparing, training and cost? Often during due diligence, potential problems emerge late in the game, yet after much work, cost and the expectation of a deal, the acquirer starts making excuses and turning a blind eye to problems, and goes ahead with a transaction that should never have happened, hoping it will turn out okay. That rarely happens!

Bridge: execution – many players find it hard to see the problem in the hand in front of them. Even those who then find it hard to develop a plan to solve the problem can end up sleep-walking through the hand, hoping things fall into place before hard decisions must be made.

Business: the same – the leader has to approach the project with an open mind as to whether he will give it the green light and to view all data with a high degree of cynicism in order to dig into potential problem areas. Once problem areas emerge, the leader must decide whether to pursue the project.

So there it is – you will notice that it won’t take much to turn this article around and ask how a businessperson can put their knowledge to work at the bridge table!