At just 17 years old and in the final throes of her IB exams, BHS student Kameron Young has already made a mark in the world of science and robotics. She received international recognition for her genetic study into a person’s preference for sugar and sugar intake and is the only female black Bermudian student to compete in two FIRST Global robotics competitions.

Her scientific passion began at an early age, encouraged by her loving grandfather, the late Kenyetta Young. “I would always bring home a random animal,” she explained, “caterpillar, sea anemone, I never had normal pets. He always asked me what it is and if I didn’t know I had to look it up. One of my fondest memories is sitting on his lap at his computer. 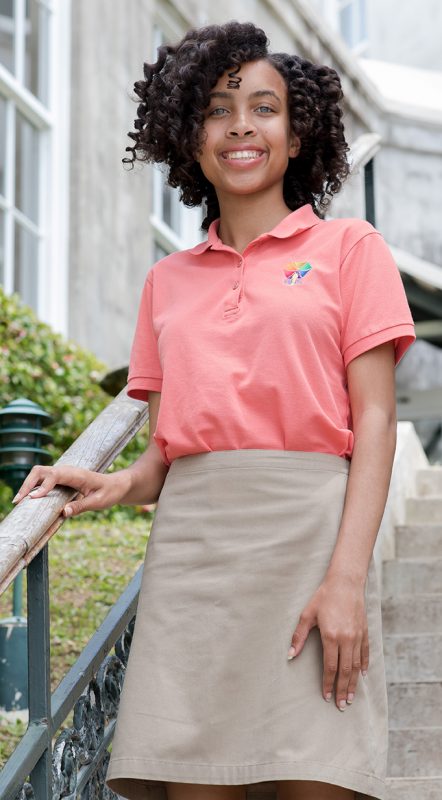 “He was the reason I got so passionate about science and robotics. He gave me my first screwdriver when I was a toddler. I would follow him around the house, unscrew a plate and put it back on for practice.”

Kenyetta was an influential figurehead in the Bermuda Industrial Union and was known as “Burning Spear”, according to his granddaughter, because “he was always a passionate leader who spoke up for others and made sure they had a voice. That’s the kind of leader I want to be”.

To achieve what Kameron has as a teenager requires confidence and determination as well as intellect. For this she credits not just her grandfather, but also her mother, Angela, who owns her own business. Kids in Control Systems helps students with note-taking and organisational strategies.

“When I was in middle school I had a hard time being organised. I would leave things behind and my mother would have to drive me back to school to get everything. The tools she created for me now help others.

“I was very worried about my GCSEs but because of my mum, I got seven As in my core subjects and two Bs.”

Kameron’s ambition is to become a surgeon so science and robotics are her future, but she also describes herself as a “huge book nerd”. She loves Shakespeare, particularly Macbeth and Hamlet. She also enjoys drawing and is a big Marvel and Star Wars fan.

This article was  originally post in the 2019 edition of the RG Summer Magazine.