People’s Pharmacy has helped many careers get started

People’s Pharmacy has received many awards for its great product selection and excellent customer service over the years. Another area the business has excelled is in laying the foundation for many employees to go on to create their own success stories.

Reken Pearman, a cousin of founder Donna Pearman, is one such example. She began working at People’s when she was just a teenager, helping to prepare hundreds of Easter baskets to celebrate the holiday. She eventually went on to become the general manager at the pharmacy before leaving last year to pursue a career in accounts at BF&M.

Her years of hard work at the pharmacy, in several capacities, have helped her become the successful businesswoman she is today.

“I’m confident my resume would allow me to work any­where,” Ms Pearman says of the many re­sponsibilities she had while at People’s.

To watch the busi­ness go from a 900 square foot pharmacy to a medium-size department store with two locations, is incredibly inspiring, adds Ms Pearman.

She also says she gained experience in many areas including, merchandising, cashiering, receiving orders, customizing computer systems and accounts, while working in an environment that highly values its employees.

She says management encourage their staff to pur­sue further studies, and after graduating from Acadia University, Ms Pearman came to work fulltime at the pharmacy as office manager in 2007. Many of the em­ployees that currently work at People’s started out the same way, she says, working part-time as students and now working at senior levels within the company.

“People’s has inspired many people from all walks of life to follow their dreams,” says Ms Pearman. “They have impacted and changed the mindsets of our community in a positive way and given many peo­ple the confidence to start their own businesses.”

Ms Pearman says she is grateful for the lessons she learned through working at People’s, and it has given her confidence to open her own business one day.

Along with gaining an excellent set of tools, Ms Pearman also notes how important it is to see a suc­cessful black-owned business in the community.

“People’s has and continues to be a great example of what growing a successful business looks like. The fact that it is black-owned makes it a beacon in the community.

“People’s has definitely paved the way for future generations and will continue to do so for many years to come.” 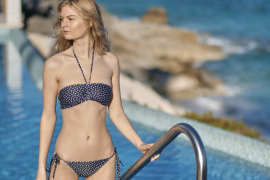 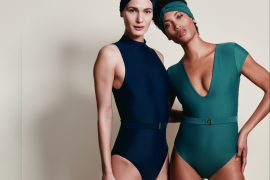