As the cost and efficiency of solar technology continues to improve, the question begs: Is now a good time to join the solar movement in Bermuda?
The answer, like so many aspects of life in the middle of the Atlantic, is nuanced.

Is Bermuda ripe for solar?

In Bermuda, residential solar power should be an easy thing to get our heads around. We have been harvesting water off our rooves, to great effect, for a very long time. It’s even become an iconic part of our visual and social identity. So why not do the same with sunshine?
“Bermuda is a great place for solar,” says Stuart Kriendler, project manager at BeSolar. “We get 5.4 peak sunshine hours a day and about 300 sunny days a year, that’s nearly twice as much as they get in Germany, for instance.”

Will solar work for you?

Most people look at solar energy as an investment and that investment has a great thing going for it – stability.
“Because of Bermuda’s high cost of electricity it’s a good investment opportunity,” says Mr Kriendler. “Looking at stock market volatility, and what oil is doing, it’s just all over the shop. With solar you can take a variable cost and make it fixed, almost like an insurance policy.”
According to BeSolar installation costs can range $14,000 to $48,000 and savings on electricity will “pay” for the system over a 6-9 year period – although this is a very general estimate with various factors influencing the costs and savings (more on that below).
Further improving this investment is the ongoing government rebate for homeowners installing solar.
“The current rebate scheme is based on the Annual Rental Value (ARV) of the home and calculates a rebate on a dollar per watt basis,” explains Nick Duffy, divisional manager for Bermuda Alternative Energy (BAE). “Homes with the lower ARV’s can get up to $8,000 on a PV system, which is a very significant amount.”
The rebate is on a sliding scale that was specifically weighted to encourage owners of smaller homes to go solar. It was also intended to help industry growth.
“You have to use one of our registered installers, who have the required certification and demonstrated experience,” says Jeane Nikolai, director of energy for the Bermuda Government.
To that end, Stratton Hatfield, director of development at BeSolar, says his company has seen a “significant uptick in installations” through the rebate, particularly with intended the target market.
“The Government’s support of the renewable energy industry is key to helping create more jobs in the sector,” he says.
While the rebate was still in effect at the time of writing it will end when all of the money allocated has been used. Ms Nikolai says future rebates, or other incentive schemes, are possible and that they will reflect what is learned from the current rebate.
“We recognise that (the rebate structure) is not perfect but it definitely has had benefits’” she says. “One of the challenges was that it addressed homeowners where as many of the people who would benefit most are renters. So how do we address that?”
Of course, solar and other renewable energy sources are also valued for their positive impact on the environment.
“Many people view solar as ‘the right thing to do’ and the fact that there are also significant savings is the added bonus,” says Mr Duffy.

Why don’t more homes have solar?

Despite the environmental impact and return on investment there are still a few factors slowing the rate of adoption.
Two of these inhibitors include Bermuda’s relatively high borrowing costs, although both Butterfield and HSBC Bermuda offer lower loan rates for solar, and inconsistent policies and regulations.
“In Bermuda, cost is the primary inhibitor, coupled with the general lack of stable short to medium term financing for the installation,” says Mr Duffy, adding that changes in government policy “discourage the availability of capital for financing options.”
Another issue identified by solar installers is a planning process that Mr Kriendler described as “cumbersome”, explaining that his company has a dedicated project manager just to handle planning applications.
Ms Nikolai acknowledges that the process could be smoother and points to new guidelines in the pipeline that are designed to help ease the bureaucracy.
Finally, adding to the complexity, is the relationship between the homeowner, BELCO, the Regulatory Authority (an independent body that sets the exchange rates) and the individual energy consumption patterns of each home.
In a nutshell, most solar powered homes sell their excess energy back to BELCO via a set rate called the “Feed in Tariff”. Of course, solar energy is produced during the day so when electricity is needed to power a house at night, or on cloudy days, solar homeowners must buy it like everyone else.
But the rate of purchase can be anywhere from 30% to 100% (although that is unlikely) higher than the rate to sell. While this may seem unfair, Ms Nikolai points out that managing and maintaining the national grid, and distributing a steady flow of power, is a critical, and costly, function.
“There are a lot of solid engineering reasons as to why people can’t just feed into the grid for free,” she says. “Including safety and possibly damaging equipment with power surges.”
Further complicating the matter is that not every home will produce the same rate of savings.
A home with significant daytime electricity use creates greater savings than a home where everyone is out all day and, in larger, high consumption, homes, solar may offset enough of the bill to drop it into a lower tier with a lower rate, while a smaller home, already in the lower tier, effectively saves less.
“It goes back to how you consume electricity,” says Mr Hatfield. “Every property is different.”
Which highlights perhaps the most important point for anyone considering solar, there is an abundance of expertise in the market and they can help consumers understand how get the most out of their investment.
“The guys in the industry spend a lot of time consulting with their potential clients,” says Ms Nikolai, while also suggesting that perhaps Bermuda’s homeowners could take broader view of the value of solar power. “When’s the last time your water tank paid you a dividend? It doesn’t, but when you build a house you must have one and that’s just the way it is. Solar will pay itself off over time, and if we thought about electricity use the way we think about water use we’d be much better off.” 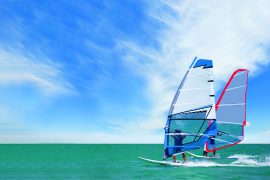 Stay cool and fit this Summer