Heart pounding, Indigo Adamson faced one of her biggest fears when she auditioned in front of a panel of judges for a chance to take the stage at the Bermuda Festival for the Performing Arts.

The 11-year-old singer delivered her song ‘a capella’, but couldn’t be sure if the judges were impressed; their expressions looked blank.

She was shocked therefore, when a few weeks later she received an email at her school, explaining she was one of six acts selected to perform in the festival’s youth competition.

“I was so happy, I nearly fainted,” the Saltus student said.

Indigo is just one of 20 gifted young people whom have been given a platform to shine through the 2018 Bermuda Festival for the Performing Arts, which runs until March 17.

The Festival’s Executive Director, David Skinner said the event series had always served to “celebrate our own artists and be as inclusive as possible”. However, in the past three years organisers have made ever greater strides to increase local participation.

“We want this to be a festival that serves the entire community and is an opportunity to bring people together, so if that’s our goal then our actions need to follow suit,” said Mr Skinner. “It’s really as simple as that.

“There’s a lot of talent on this island and unfortunately, it just doesn’t get an opportunity to be showcased as often as it should.”

In the case of Cedarbridge Academy musicians Brothers In Music, a band made up of seven high school students between ages 13 and 17, performing in the festival counted as their biggest gig to date.

“It was just amazing because how we practice here at school – a lot of the time we just jam out – so to be able to take that to the stage, which was full of energy and so much excitement from other people, was great.”

Tylar Jones, the band’s co-leader, said one of the highlights of the experience was getting to meet Shun Ng, an award-winning guitarist, singer and songwriter, best known for his unique fuse of jazz, funk, soul and blues genres.

“Just listening to how his life was when he first started music was amazing,” Tylar said. “He’s from Singapore, but born in Chicago, and had some learning challenges with dyslexia.

“He didn’t let those obstacles deter him, which kind of gave everyone this feeling of ‘It doesn’t matter where you come from, as long as you do what you’re passionate about and give it all the effort so you can become great at it’.”

Brothers In Music first started performing together back in 2015, after a friend asked them to play backup during a performance at the Alpha Beautillion. That same friend went on to college, but the younger musicians decided to keep playing together at weddings, events and school assemblies across Bermuda.

Tiffany Fox, a music teacher at CedarBridge, has watched the young men blossom ever since – morphing from energetic middle school students to more focused and determined teens. All the students have been on honor roll throughout their time in the band, with several of the older members looking to advance to college in the autumn, she said.

About half of the group are considering one day pursuing music professionally, including 16-year-old Jessiah Talbot.

He’s been interested in music from as far back as he can remember. In primary school, he started playing violin and the drums and by middle school he decided to pick up the trumpet as well.

“You can express yourself a lot with music and make people feel certain things and certain ways when you create music,” Jessiah said. “I was two years old when I was introduced to the arts through Kinder Music and in those days it was just about having fun. I know for sure I’m going to follow a career in music, but I don’t know what specifically I’ll end up doing.”

Mr Skinner believes the festival has the power to inspire young Bermudians of what’s possible if you dream big and work really hard.

He explained that many of the international acts signed to take part in the Bermuda Festival, do so with the understanding they will have to give some time to the non-profit’s outreach schemes and partnerships with local schools.

“Our aim isn’t to try to create the next wave of performing artists or to put stars in people’s eyes about having a career in the performing arts,” Mr Skinner confessed. “If they want to pursue music professionally that’s great, but our underlying goal is to expose as many young people as possible to the life lessons that are inherent in the performing arts.

“Young people learn about what it takes to succeed in a career, no matter what that is, and the importance of values like hard work, commitment, dedication and integrity. And I think they come away understanding it takes one per cent inspiration and 99 per cent perspiration – that’s the message we are trying to get across.

“The performing arts is a platform for relating to people and passing on values to kids that are important for their everyday lives,” he added.

Naphisa Smith, a member of the Bermuda School of Music’s Senior Strings Ensemble, which won top place in the Festival’s Ensemble Onstage Competition, admits she has grown a lot personally from taking part in the performing arts.

The 17-year-old Bermuda College student has been playing violin for the last 13 years; her plan is to study music education and performance, so she can go on to teach, become a travelling performer and one day play music with a professional orchestra.

“I’m typically a shy person, but when I’m on stage I’m not,” Naphisa confessed. “Performing is something that boosts your confidence. I really love performing, I just don’t get the opportunity to do it as much as I would like to.

“That’s why performing in front of so many people at the Bermuda Festival was so amazing – and I’m sure everyone else in the Senior Strings Ensemble loved it too. Hearing everyone clapping and hearing their appreciation for our music was a major highlight for me.”

Naphisa has heard some say the Island’s music scene is losing steam. In her dad’s day, for example, the Island boasted a much larger youth orchestra made up of students from across the Island.

“You don’t hear about that many professional musicians in Bermuda and there are noticeably less young people taking part in the arts, but through the festival and its entertainers, we get to know the possibilities outside of Bermuda,” she said. “You learn to think bigger than just what is available on our tiny island.”

According to Mr Skinner, much of the magic of the festival happens behind the scenes.

Local artists get to know and interact with the international acts – sometimes they have chats in between sets, other times they go for a coffee after the show.

“We encourage those types of bonds,” Mr Skinner said. “It’s something you wouldn’t get in New York, London or Toronto, or wouldn’t happen as easily as it does here because we bring these people into our own backyard.”

Such was the case for young Indigo.

As a classical singer, Indigo initially thought Shun Ng’s brand of funky rock and roll music would be too different from her own style of music.

Then she learned through a series of workshops hosted by the guitarist, she actually had a lot in common with him – having also grappled with learning challenges and sometimes struggling in the traditional school setting.

“During the second workshop, after I sang my song, Shun Ng took me aside and spoke more about these challenges I face and how I can use my music to rise above the struggles,” she said.

Later that day, Indigo got to interact even more with the international artist, after her parents invited him to their house for a cup of tea, which later turned into dinner.

He agreed to help Indigo practice some of the song they were working on for the finale performance, which took place on January 30. He also taught her how to enjoy a song and make it her own, rather than just emulating how it had been done before by other singers.

“We sat on the floor and he played his guitar and I sang ‘Somewhere Over the Rainbow’ and he taught me how to manipulate a song to make it more original,” Indigo explained. “In the beginning, I thought ‘why change a song that is already so beautiful’, but by the end, it was so exciting and fun to play with music and to have company.”

She admits taking part in the Bermuda Festival really boosted her self-esteem and belief in her own abilities. Before, whenever she sang, she felt “ashamed of her voice” and never wanted to perform in front of others.

“Now, I really enjoy it and want to perform more, which I never expected,” Indigo added. “I still feel shy after being on stage, and all the attention that comes with it makes me feel uncomfortable, but in the moment, when I was lost in the song, I felt truly happy.” 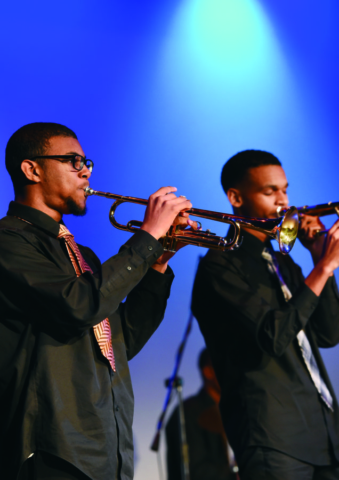 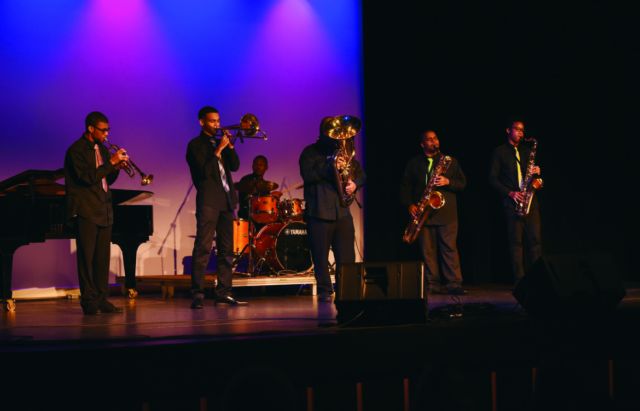 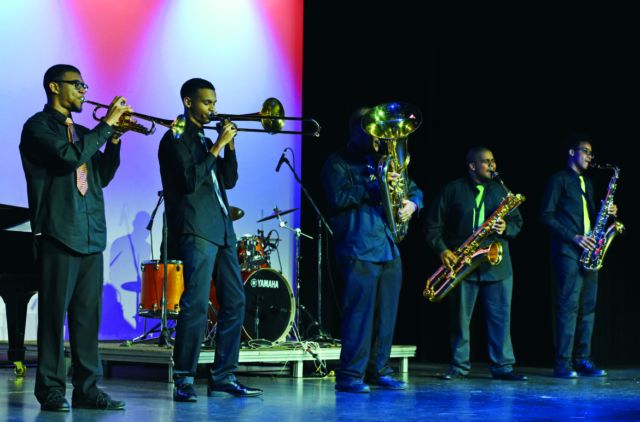 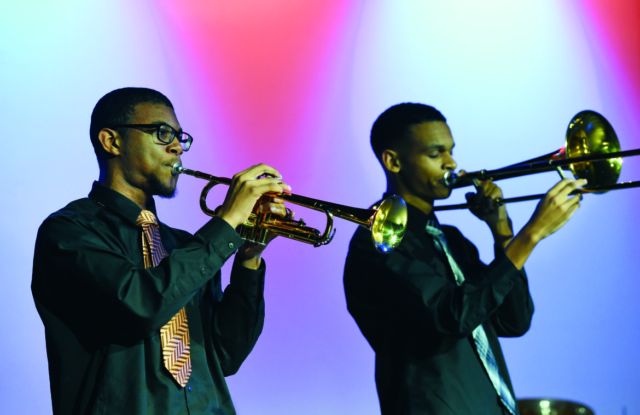 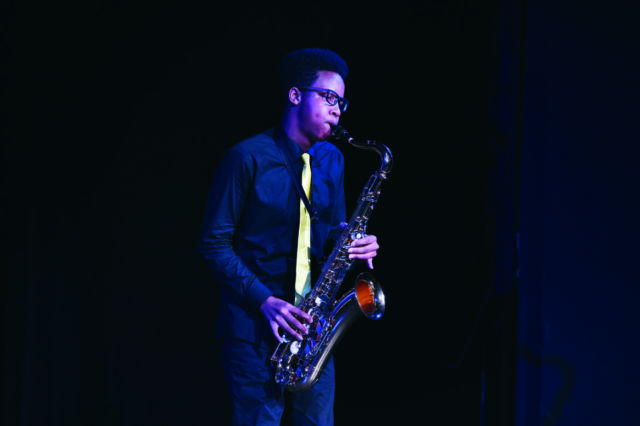 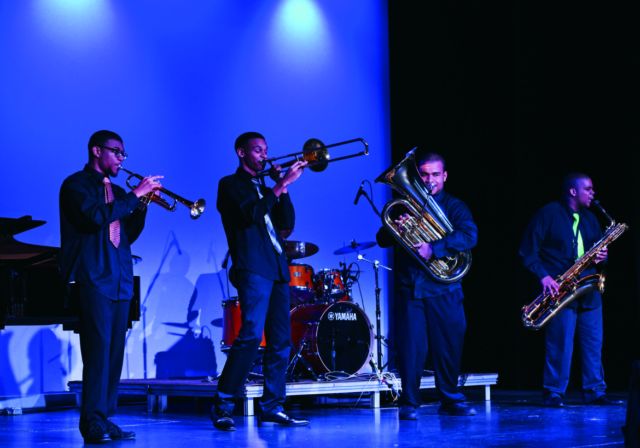 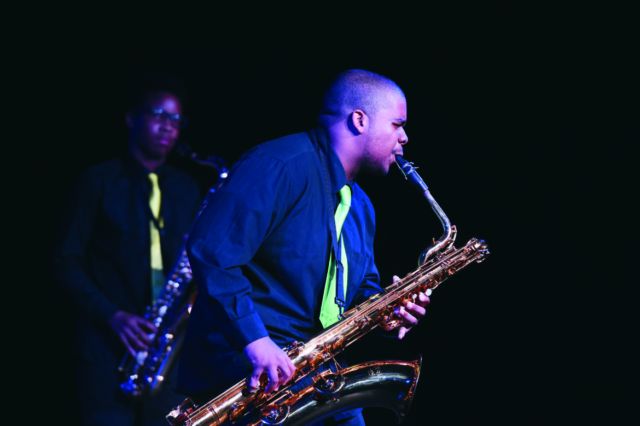 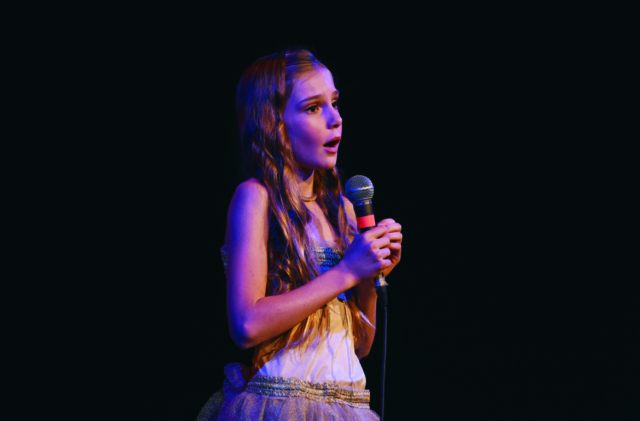 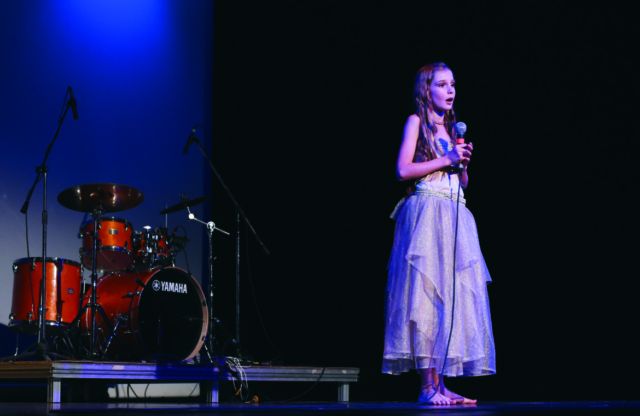 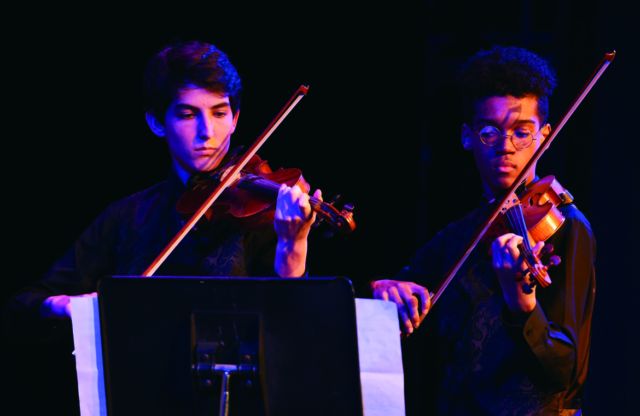 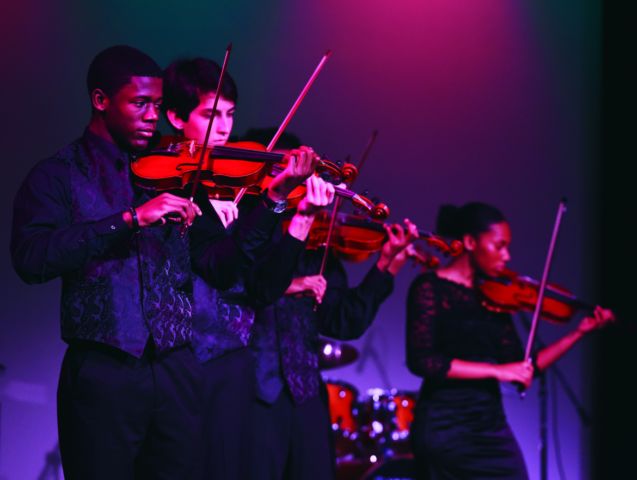 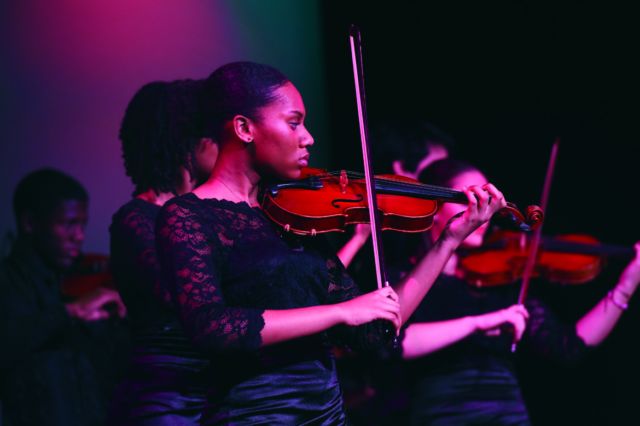 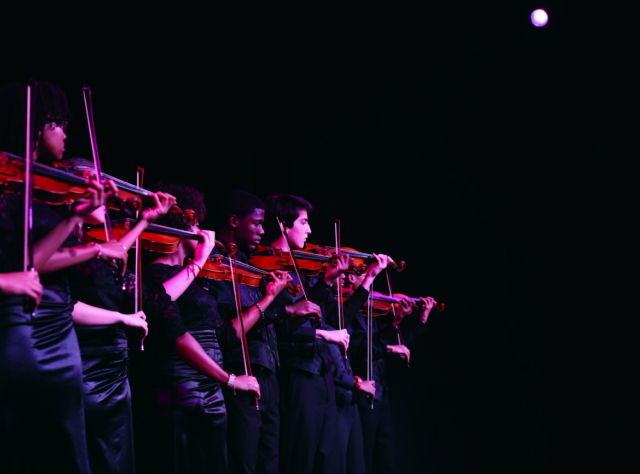