What was I wearing?

With one unimaginable act, a life can be changed forever. For Emma Steele, her life changed in 2013 when she was raped. She processed her feelings through her art and, in particular, her piece “Just One Word: Consent.”

“This was a way to tell people what happened,” says Emma, who is currently living and working in the UK. Her piece was selected for the Bermuda National Gallery’s 2018 Bermuda Biennial: What We Share.

Her work mixes textiles, and in particular, knitting, in untraditional ways.
“I am pushing boundaries of the idea of ‘knit’, using it as a feminist statement”. she explains, “Changing the perception that knit only translates to the idea of a ‘housewife,’ but it can also represent the knitting of ideas”.

Through her pieces, she begins to examine how “victim blaming” is very real and harmful. She gives a voice to women who have too long been held responsible for being raped. Accusations like “What was she wearing?”, “She’s such a flirt.”, “She was asking for it”, or “It’s a woman’s fault” are weaved into the piece. The wording represents what she thought people would say to her if she told her story. It also explores the idea of consent.

“Consent is a thing. It cannot be seen, not heard, but it is something that is given. To not be given consent, is rape,” she wrote in her artist’s statement for the exhibition. She was nervous about displaying her work in the Biennial. “It’s big move to allow someone in,” she says. While the project creates a narrative of how society reacts to victims of rape, it has also given Emma a voice of her own and a power she did not immediately feel after being assaulted.

She blamed herself for letting it happen and so for four years (without any formal therapy) the feelings of shame festered. “I didn’t realize how much it affected me,” she said. “I wanted to tell women who would come after me that, yes, this didhappen to you and that you are going to get through this. Victimization of women is so unfair. I wanted to show, through my story, that the blaming of women is wrong.” 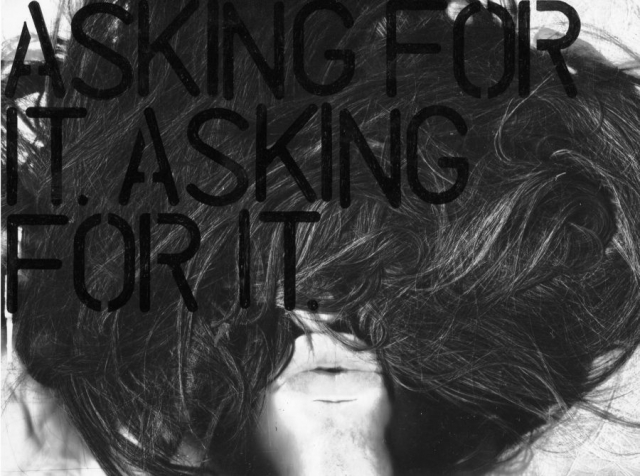 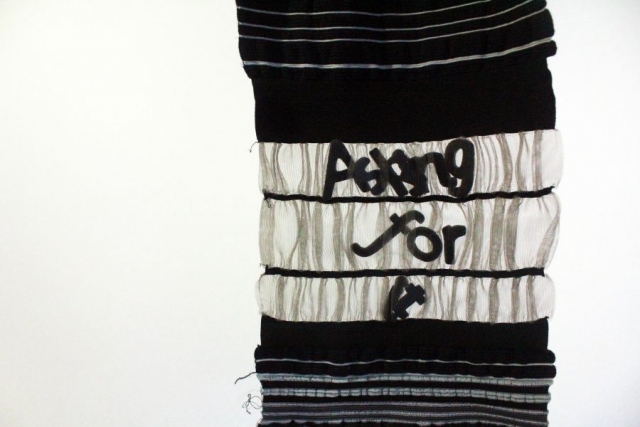 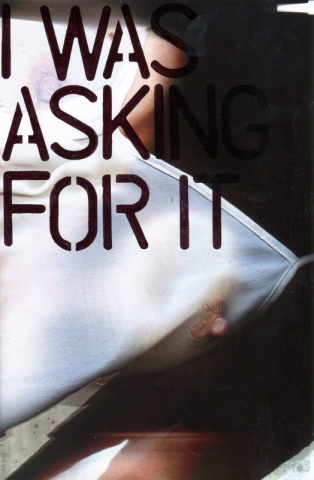 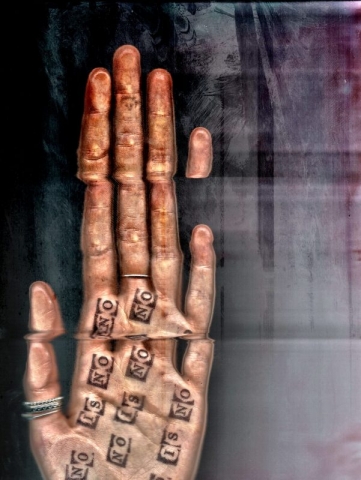 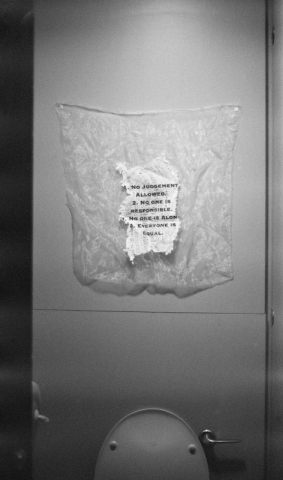 Emma’s eyes were opened to feminism when she was in university. She was shocked that what was seen as “normal” was detrimental to women’s progress. It was during that time that she realized that art and feminism intersected.  “We should be telling women they are powerful and that they have a voice,” she said. “We’re sheltering women, when we need to be more encouraging.”

Continuing to push the boundaries of art as a woman is “courageous,” says Emma. “The art world is a very powerful place. Through art, we can make people think and subsequently act. It’s a way to educate people about the experience of a woman.”

Through #metoo and other movements, more and more people are standing up and calling out the systemic objectification of women. Ms Steele’s work creates a starting point to change the conversation, whether through the media or the policies that continue to look upon women’s bodies as objects. Seemingly normal acts, and consumer marketing reinforce the concept that if a woman dresses and acts a certain way, she becomes vulnerable to being sexually assaulted, and so women are often told that they need to do everything possible to protect themselves. This shifts the blame away from the predator.

“Any woman who has been raped should know that it’s not their fault,” Emma pleads to those who have gone through it and may be feeling alone. “The best thing you can do is to talk to someone that you trust and tell them what happened. Don’t let it eat you alive; you’re just a victim of an awful crime.”

She has found that art has the incredible power to heal through trauma. It can give a voice to those who are struggling to express raw emotions. For anyone who is seeking out a way to heal from trauma, formal art therapy sessions can be a good starting point. Little known, there are institutions on that island that offer this form of care. “Just like speaking or writing, art is a form of communication and expression, and has many benefits”, said registered art therapist Reilly Smith at Solstice. “Art can be therapeutic in and of itself and can help [the client] regain a sense of control.”

Art therapy has been used since the mid-1800s and has been helpful for people to cope with trauma, as well as anxiety, depression, addiction, relationship issues, social difficulties, physical, cognitive, and neurological problems, and psychological issues related to medical illness.

Through guided sessions with a trained art-therapy professional, clients are provided “a different way of communicating” that is largely non-verbal and allows the client a safe, non-judgmental space to explore those feelings.

“Art therapycan provide a metaphorical and concrete outlet for expression and self-exploration, which can, in turn, help clients identify coping strategies and internal strengths to regain a sense of empowerment at the beginning of the journey of healing,” says Ms Smith.

“Specifically, for rape/sexual abuse, by externalizing difficult pieces of the traumatic event, clients can begin to safely access their physical experiences and identify that their bodies are a safe place.”

For anyone who has been a victim of sexual assault, it’s important to let someone know. Locally, the Centre Against Abuse provides a 24-hour hotline that can be reached at 441-297-8278. They respond whether someone is in need of medical attention, considering reporting the crime or requires counselling.

This article was originally published in the Fall 2018 edition of RG Magazine.