Here’s What We Can Learn from the Fyre Documentaries

Last month, Netflix and Hulu blessed us with documentaries about the disastrous yet legendary Fyre festival, a music festival that promised luxury and a once-in-a-lifetime experience for guests. It ultimately resulted in chaos. A so-called luxury site, ended up being unfinished, looking something like a refugee camp, with hundreds of twenty-something-year-olds stuck in the Bahamas and essentially scammed out of thousands of dollars. Of course, the internet had a field day.

Their promotional video was shot on a private island in the Bahamas, Norman Cay, where the festival was set to originally take place, and consisted of top influencers running on the beach, partying on a yacht, and overall having a good time. The video wasn’t giving much detail of what the festival was or what you could expect, but it looked fun. Who doesn’t want to party in the Bahamas surrounded by beautiful women?

For a couple thousand dollars, that could be you. This video, along with a marketing campaign involving top models like Kendall Jenner and Bella Hadid promoting the festival, made the fantasy an easy sell. Fyre had it all.

In reality, all they really had was a great marketing team — the brains behind one of the most popular accounts on Instagram, Jerry Media (or F*ckJerry).

The actual festival? It was built on a lie.

A couple weeks before the event was set to take place, there was a last-minute site change from a private Island previously owned by the infamous Pablo Escobar to the not so private Great Exuma, no set line-up, and an understaffed and inexperienced team that knew they were heading towards ridicule.

But fantasy was bigger than the lie. As long as it looked real, that’s all that mattered, sound familiar? Social media sites like Instagram are merely a place to consume entertainment and share sporadic pictures here and there. But for a growing number of people, the site can be a place for insecurities grow.

We now live in a world where people sell work-out plans after having numerous cosmetic procedures, and pay to rent private jets that don’t leave the runway so they can have a photoshoot. Feeds are no longer a collection of in-the-moment shots but rather carefully curated galleries, and people are making six and seven figure salaries off one platform alone.

The problem with this illusion is that we often forget that what we are consuming is not real, half of those beautiful individuals are a result of the right lighting, angles, professionals behind the camera, editing software, and sometimes, plain deception courtesy of apps like Facetune and Photoshop.

It’s unattainable, most people behind those pictures don’t look like that in “real-life”. But the average person is not thinking about the elaborate process behind that influencer’s picture, we simply admire the final product and allow comparison to slip in. Is my life not exciting enough? Am I not attractive enough? How has this teenager accomplished more than I probably will in the next decade?

Beyond all the jokes that surfaced online, Fyre Festival was the perfect example of how far people are willing to go to keep up appearances in order to stay connected (and how fast a viral picture of a cheese sandwich can expose your scam to the world). Guests were completely unaware of the disaster they were headed to, because of the lie that they were sold, just like most of us aren’t aware that most people’s lives are just as average as ours, despite what their Instagram profile might show.

Theodore Roosevelt once said, “Comparison is the thief of joy”, so from this disaster, I hope we can all remember that comparing our hardships to other’s curated highlight reels will always feel belittling. We are more often than not consuming content for entertainment purposes, not a realistic portrayal of somebody’s life. 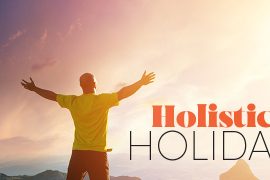 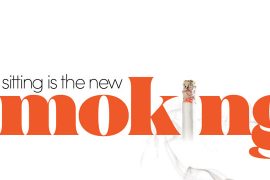 Why sitting is the new smoking 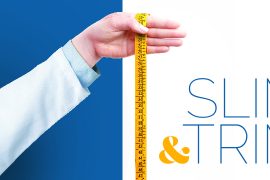