While the first documented use of cosmetics dates back to Ancient Egypt, when both men and women wore kohl around their eyes and women would stain their cheeks with red paint, recent research suggests that as far back as the Stone Age, people may have been decorating their bodies.

Jump forward several thousand years and how have things changed? Do men and women still use cosmetics or cosmetic treatments to improve their appearance or do they prefer the well-known mantra of diet and exercise? How do they think they can achieve their best physical self?

“Traditionally men have been more private, and it was not thought macho to care about your appearance at all,” says Dr Benjamin Lau, Founder of the Omni Medical & Laser Clinic. “Men wouldn’t even appear at yoga studios. They would still hang out at the weight lifting section.” He explains however that the internet and social media has been largely responsible for a shift in views about what can be done to enhance physical appearance and that while women still make up the larger number of requests, more men are now starting to consider cosmetic services.

“Men are a growing segment of the non-invasive cosmetic treatments,” he says. “I think it’s because men are aware of their choices and there is a general shift towards personal health and quality of life for many younger people especially.

“Men, in particular, are very interested in hair restoration, which is maybe one of the largest cosmetic concerns that they pursue. I don’t see a big shift for men yet for fine lines or wrinkles, but I would not be surprised if that could change substantially in the next five or 10 years.”

Shameela Simons who is a Medical Aesthetic Nurse at Vida Medical Spa agrees that the number of men requesting cosmetic services is growing; however, most of her clients are still women. “Most of the time, men are just happy with the way they are,” she says.

Simons also explains that the prevalence of non-surgical options is boosting demand as well as the fact that people don’t actually look like they have had work done.

“People are more comfortable with having non-surgical options,” she says. “The more they see others doing it, they are pretty surprised that they look normal and natural. Even when I have clients that come in, the first thing they say is ‘I don’t want to look crazy, I don’t want to look puffy.’ My focus is to bring natural conservative changes over time.”

Also apparent from the poll is that while people are prepared to use cosmetics and cosmetic treatments to achieve a natural look, the majority of respondents appreciate the importance of diet and exercise to look and feel their best.

“Healthy living is becoming much more popular,” says Catherine Burns, Nutritional Therapist and Founder of Natural. “I think Men and women involved in sports have a similar approach. They understand that nutrition is an incredible differentiator that they can use to their advantage but outside of that there’s probably more of a divide.”

Burns explains that women have more emotional baggage when it comes to food and their bodies but that they tend to be more proactive than men, however she has seen a shift recently:

“90 per cent of my group clients are female, but I’ve had an increasing number of guys coming in lately for a one-to-one consultation. Women are way more comfortable in a group setting than men.”

Monroe Darrell, Fitness Instructor and Owner of M-CORE says that all his clients view exercise as an asset to their life: “For the gentlemen I work with, they recognise the improvement to their health. For the majority of women, I work with, they have always had a stronger sense of their health and wellbeing. They often want to lose some weight and I find them to be more disciplined.”

Darrell said that personally, the natural look works well for him but he did point out that “nowadays, the cosmetic is so good you don’t know if it’s real or fake!” 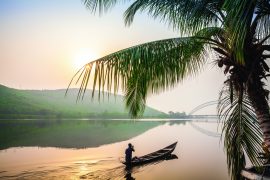 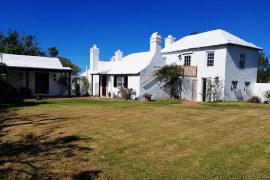