First involvement with the Bermuda Festival?
I started with the Festival in 2014 as a volunteer board member and treasurer. By June 2015, the Festival had gone through a strategic planning exercise whereby one of the conclusions made was it needed to have an Executive Director. They had never had anyone in that position before, so I became the first.

How was your personal interest for the arts sparked?
I always say I was predisposed to music early on in life. My grandfather was a singer, and there was always music around the house. By age 12, I decided I was going to be the fifth member of The Beatles. That never worked out, however, I did pick up the guitar and have played it semi-professionally for a number of years.

Biggest change in the local arts scene over the past 20 years?
In the early 1970s, there was a lot of live entertainment in Bermuda, although not so much in the way of formal music education. The irony is that today it’s almost reversed. There is a variety of musical training or acting programmes, especially in the schools; however, the number of opportunities to perform have seriously declined. My hope is that the performing arts scene can continue to grow, and as the tourism industry picks up steam, other opportunities will arise for people to work professionally in the arts. 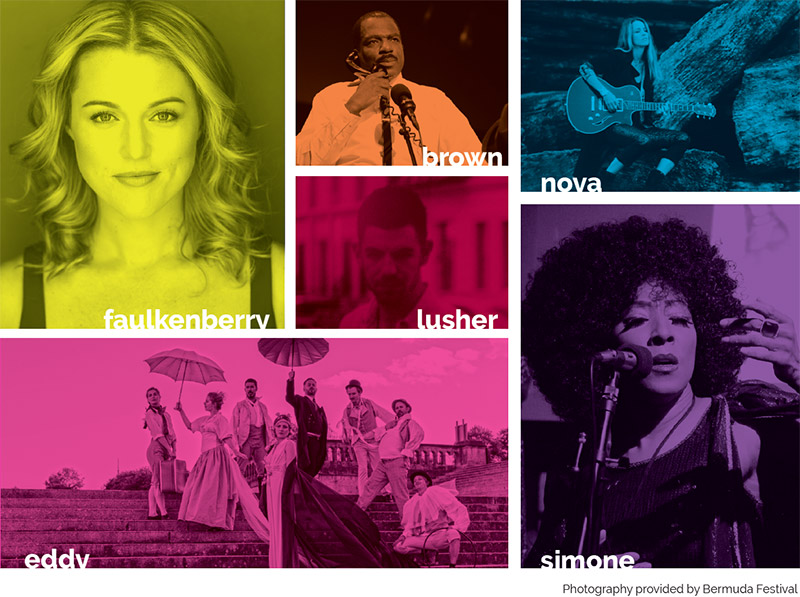 The Festival’s hope to move the arts scene forward?
The Festival would like to see the arts more widely valued in our community. We hope to attract younger audiences and to have a good balance between visiting and local artists. It’s impressive the number of locals who have gone on to enjoy international careers in the arts like Rebecca Faulkenberry, Heather Nova, Ben Lusher, Nicholas Christopher, Jason Eddy and others. All of these people come out of a tiny community of 60,000 people, which is almost unheard of. In 2020 alone, we will welcome Krystal Lowe (Ballet Cymru), Rikkai Scott (opening for Dayton Contemporary Dance Company) and Rowan Vickers (producing and directing Tennessee Williams’ The Glass Menagerie). We also have many of Bermuda’s best musicians opening the shows.

Accomplishment you’re most proud of?
We’re extremely proud to have diversified our programme and to be able to reach a wide cross-section of Bermuda’s demographic. We believe the Festival ought to serve the entire community, and over the last few years, we’ve made some significant progress. For 2020, the theme is ‘Come Together’, which signifies how the arts can unite people by transcending language, racial and political barriers.

Performances over the years that stand out most?
The ones that provoke thought and stimulate healthy dialogue. I immediately think of performances like The Mountaintop play and Nina Simone: Four Women. Some of the comments we heard in surveys and anecdotally was it made people feel a bit uncomfortable. That’s what art is supposed to do. It’s not just a pretty melody. It should make you feel something. And if our shows create some sort of introspection, make people examine their true feelings towards themselves or the world, then I’d say that’s a good outcome.