Most of us will be delighted to see the back of 2020, a year that forced fundamental changes to the way we live and plunged us headlong into economic turmoil.

The onset of the Covid-19 pandemic brought us shelter-in-place and the closure of our airport for three months, cost many hotel, restaurant and retail workers their jobs and caused thousands more to be laid off or suffer wage cuts. Working from home has become normal, rather than exceptional, while travel plans were scrapped and the tourism indus- try ground to a virtual halt.

In 2019, the sight of someone wearing a face mask entering a bank or service station would have signalled the arrival of a robber: in 2020, it became required attire for us all.

This is all besides the human tragedy of those who died or became seriously ill as a result of the virus.

All eyes are now looking in hopeful antic- ipation to 2021. What will economic recovery look like?

RG Business has spoken with businesspeo- ple from multiple sectors to get their outlook on the coming year. While it was clear that the pandemic has beaten down some indus- tries more than others, many of our inter- viewees viewed 2021 with cautious optimism, displaying the resilience, ability to adapt and

But there was also an acknowledgement that some sectors, particularly retail, restau- rants and tourism, would need help to survive until better days, from breaks on taxes to lo- cals making an extra effort to patronise their businesses.

While most of us would yearn for a V-shaped recovery, Nathan Kowalski, chief financial officer of Anchor Investment Management and financial columnist for The Royal Gazette, sees the more likely scenario as K-shaped. That means a two-speed recovery, with those in international business doing

well, while many parts of the domestic econo- my continue to struggle.

Mr Kowalski said even though gross do- mestic product figures may not look so bad, that will not tell the story of those who are suffering. “Many jobs in areas like hospitality and restaurants have gone,” he said. “With those positions not available, there will have to be some retooling and retraining so that skill sets can match job options.”

Struggling sectors will inevitably turn to the Government for help, but public finances are also stretched.

The Government said last month it had paid out $56.8 million in financial aid to more than 10,000 people since the start of April.
It has also committed $12 million to support stricken small businesses through the Ber- muda Economic Development Corporation, and millions more in waived taxes, duties
and fees. All this, while revenue from tour- ism-based taxes, on air and cruise arrivals and hotel occupancy, have slumped to minimal amounts.

Faced with a large deficit that will propel its debt burden close to $3 billion, the Government will seek extra revenue from somewhere, but Mr Kow- alski urges Curtis Dickinson, the finance

minister, not to pull the usual levers. “The two major sources of government

revenue are payroll tax and Customs duties,” he said. “But I’m not sure there is any leeway to increase those right now.” For businesses, he said that would be like “punching them as they get up off the floor”.

He added that the Government should
also pursue tens of millions of dollars of unpaid back taxes more aggressively. Allow- ing companies to avoid paying what was due disadvantaged competitors who played by the

rules, he added.
For several years, the Government – both

Progressive Labour Party and One Bermu- da Alliance administrations – have looked at ways of broadening the tax base. In the

Throne Speech this month, the Government signalled an intention to introduce a capital gains tax.

Mr Kowalski said the Government’s debt burden was less of a concern than the health of the economy, given a successful $1.3 billion bond issuance this year that had not only sup- plied projected borrowing needs for the next two to three years, but had also rolled over existing debt, securing a lower interest rate in the process, and extended durations.

However, while Bermuda maintains an A rating from Standard & Poor’s that helps it to secure low borrowing rates, Mr Kowalski said the Government must act to protect it.

“You need to show the rating agencies that you’re fiscally responsible,” Mr Kowalski said. “Reducing government expenses has to be part of the equation.”

Public-sector unions agreed to a 10 per cent pay cut for one year from September 1, as well as a freeze on contributions to social insurance and the Superannuation Pension Fund. Mr Kowalski said more was needed, changes that would reduce the Government’s cost structure, such as a privatisation pro- gramme, as recommended in the Sage Report. Privatisation need not cost any jobs, he point- ed out, and would give government workers the opportunity to become business owners. 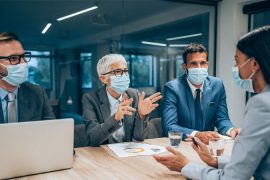 Placements during a pandemic 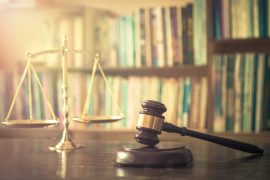