When the Defence Amendment Act 2018, which resolved to abolish conscription to the Royal Bermuda Regiment (RBR), passed in the House of Assembly in June of 2018, a long, arduous battle for freedom and agency came to a satisfying end for the members of Bermudians Against the Draft (BAD).

Jamel Hardtman and Larry Marshall Jr. were protagonists in the struggle against Bermuda’s traditional system of forced labour, which had persisted unchecked well after the same system had been axed by England (our colonial father) way back in 1960.

The abolition of conscription in Bermuda was, therefore, a proper historical moment; a moment which immediately changed the social terrain for thousands of young black men and women.

A couple years removed from the heat of the struggle, Mr. Hardtman and Mr. Marshall Jr. still hold some bitterness, a touch of grit, and considerable pride for the role they played in making this island a bit less dismissive of the human rights of, mostly, young black men. 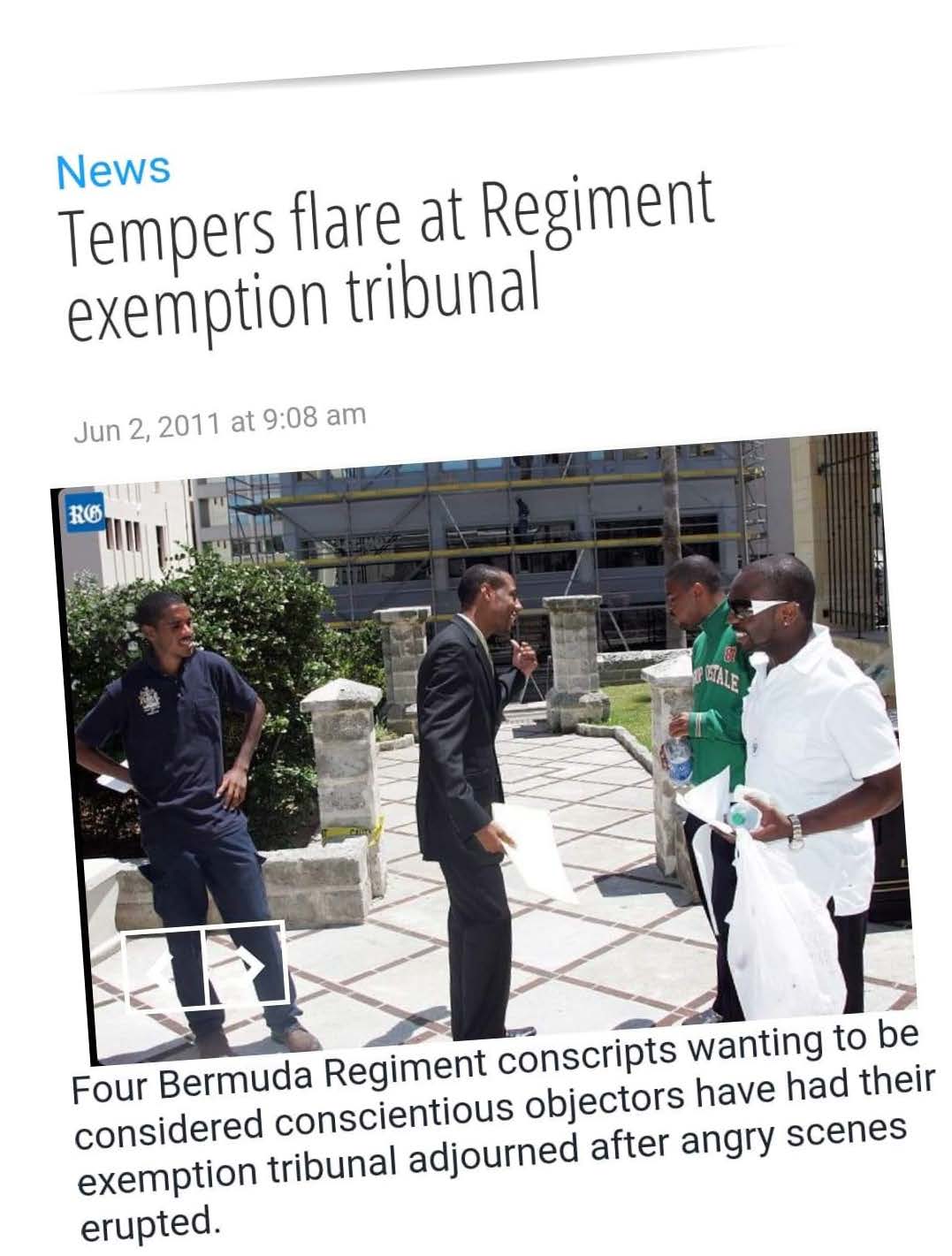 Mr. Hardtman offers this succinct analysis: “The entire process to end conscription was exhausting and full of disappointments. But if I had to do it again, I would do so in a heartbeat.

“The most frustrating part about fighting to end conscription was that many of the same people who speak out against racism and sexual abuse in Bermuda either remained silent or fought against us. It still amazes me to this day that so many black people can’t seem to grasp what made conscription a racist and outdated law.

“Many confused our fight to end conscription with being anti army. If people want to voluntarily join the army, more power to them, but forced labour is never acceptable, especially when it impacts a disproportionate number of black males.”

Larry Marshall Jr. spoke of the frustration and exhaustion the movement visited upon him: “Two words come to mind when describing the process of fighting against conscription: exhausting and sacrifice. It was a 14 year fight. Many days I didn’t feel like continuing. The lies became exhausting, the excuses became exhausting, appearing to be in control in public was exhausting.

“It also came at a great sacrifice; I was accepted into two masters programs but decided not to go. I was the lead plaintiff and if I left the island the case would have been pretty much done and I couldn’t pay for both.

“My family is a working class family and most of the other members in the group did not pay the portion they agreed to. It’s a hard thing to swallow but that comes with a 14 year fight. Also at the time I was running at a high level, hoping to qualify for the Olympics, but most of the family resources were taken by the court case.

“I don’t think that most understand what we went through. Most people either said just go up there, made jokes or just wasn’t interested because it didn’t affect them. It was disappointing, especially coming from some family members and friends.

“The process was frustrating. Looking back all I can remember were the lies and broken promises. I can’t tell you how many times we were told, ‘I assure you the matter will be dealt with.’ It just was not a priority to the powers at the time; until we took a firm stance with our vote. Then, and only then, did we see a shift towards ending conscription.”

Mr. Marshall also intimated that he does not see his role in the saga as heroic. He confesses to still harbouring anger at the way this country sapped his family resources through the legislative process without remorse.

“’Serve your country’ they said. I worked ten years in the Bermuda Public School System, and coached many kids during that time so I don’t want to hear no ‘Serve your country!’ My country gutted my family resources. They knew we were limited in that area. Sad part for me is that my ‘own’ did it to me. ”

Indeed, their steadfast defiance in the face of an overwhelming, powerful nemesis is exactly what makes these young men heroes. The battle against conscription was an epic, timeless struggle against a classically exploitative machine. In that equation, these two young Bermudians are very much heroes; and they should be honoured as such.

Mr. Hardtman exudes power and pride when he closes with: “I’m glad to have played a role in ending conscription in Bermuda despite not having the public support. My advice to anyone fighting a righteous cause: if you believe in your cause, push on and keep going; it may cost you friendships, job opportunities, even your freedom, but your conscience will be clear and you will be on the right side of history in the end.” 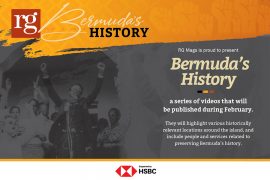